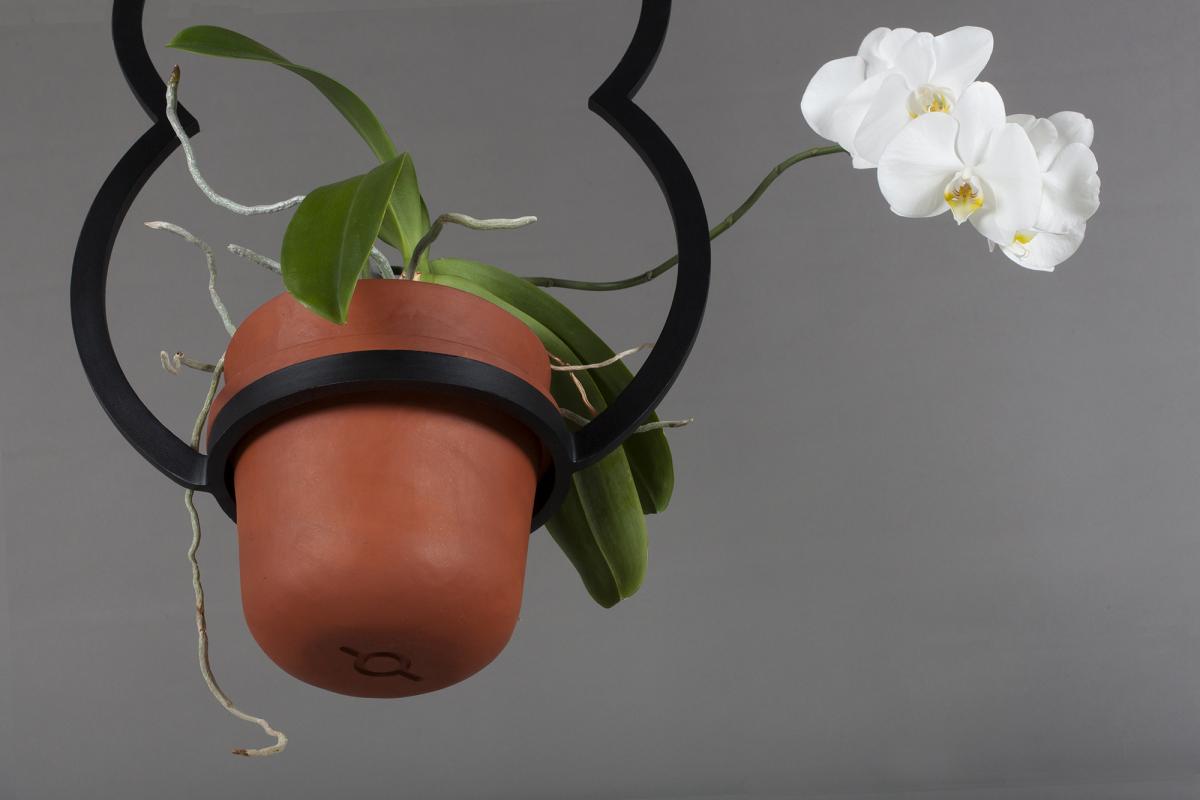 Hanging planters named after the Kuiper Belt.
Dedicated to the life forms which haven’t yet been
discovered.
The Kuiper Belt is part of our Solar System, and is located
beyond the orbit of Neptune. It was due to the discovery
of the Kuiper Belt that Pluto lost its status as a planet.
Since its discovery in 1992, the number of known Kuiper
belt objects has increased to over a thousand, with more
than 100,000 others thought to exist. There is a high
probability that there is at least one more giant planet
waiting to be discovered, however, we will never be able
to see it, as the sunlight does not reach it.
Each pot represents a new form of life, which is denoted
by its symbol on the bottom of the pot.
Kuiper belt is a part of Naturalist project, an exhibition of
15 Russian designers in Greenhouse in Saint Petersburg.

Bio Katerina is an industrial design, creative director and explorer.
For the past decade she has worked on award-winning products ranging from consumer electronics, to lifestyle accessories, lighting and more.

Her personal work is in the permanent collection at Moscow Design Museum, and has been exhibited internationally. It was featured at Dezeen, Fast Company, Architectual Digest, Milk Decoration, Ignant, Wallpaper*, Yatzer, Fubiz, Interni, Domus, Mocoloco, Elle Decoration and beyond.