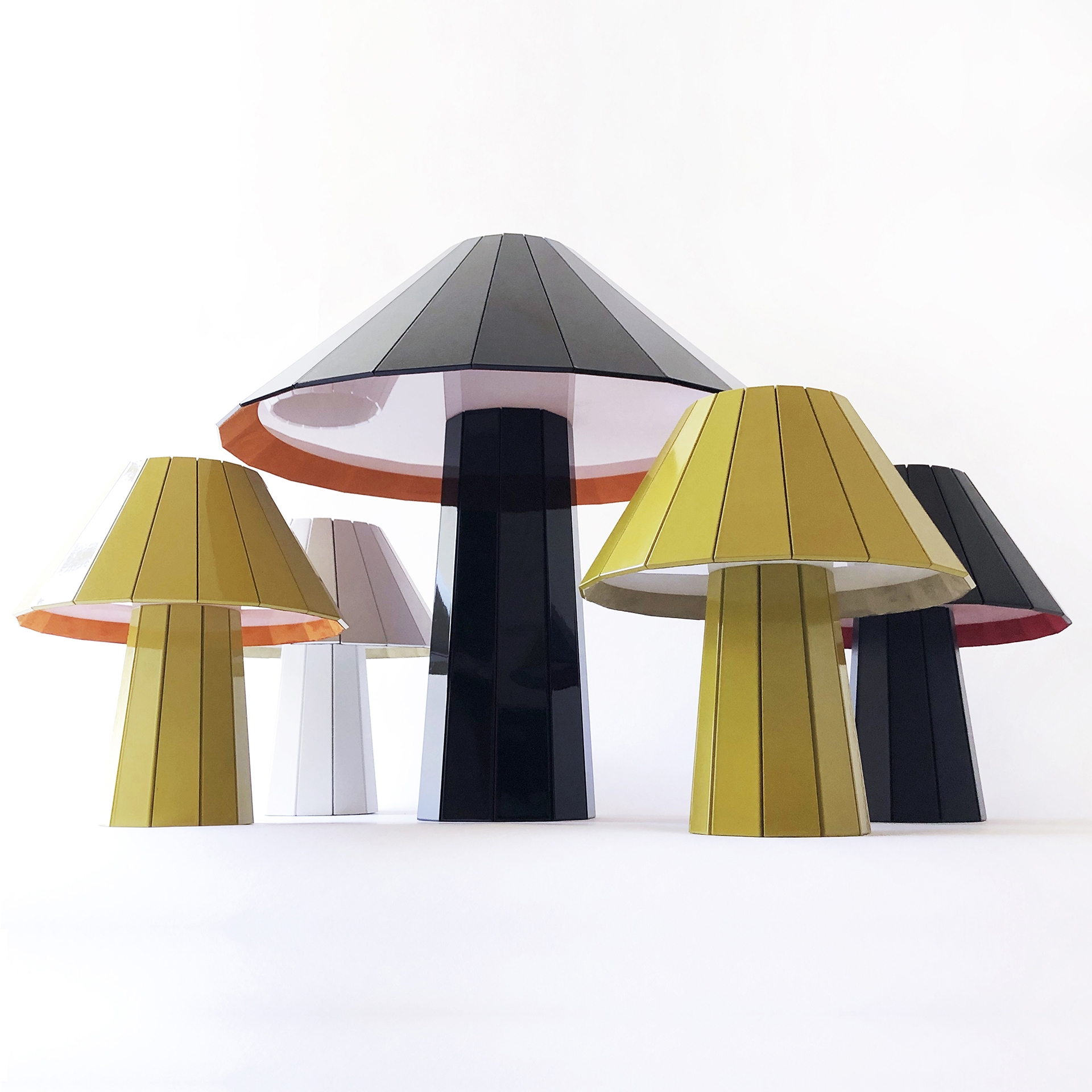 Maja is a product line of folding lighting fixtures. Sold in small boxes they fold into compact shapes by combining a soft material (fabric) acting as hinge and a rigid, recycled material (MDF).In times of climate crisis, this reduces Maja’s carbon footprint.
Folding bestows Maja the type of character and beauty that results from form being dictated by function.
Maja’s versatility allows for a variety of sizes and colours and adapts to different lighting environments.
Maja’s assemble-it-yourself feature involves the end user in an active role; the assembly process is intuitive and playful.

Bio Magdalena was born in 1971 in Buenos Aires, where she now lives.
For 10 years, starting at age 15, she devoted her time to the arts: sculpture, painting, engraving; her main interest was sculpture.
She studied Architecture and Arts, and soon started mixing light into her paper sculptures.
She lived some time in Europe, where she developed a technique for luminous sculptures, which she created on commission.
In 2000, in Buenos Aires, after several years working in lighting, she developed the first line of products and started OBLUMO-Objetos Luminosos, of which she is now head designer and CEO.