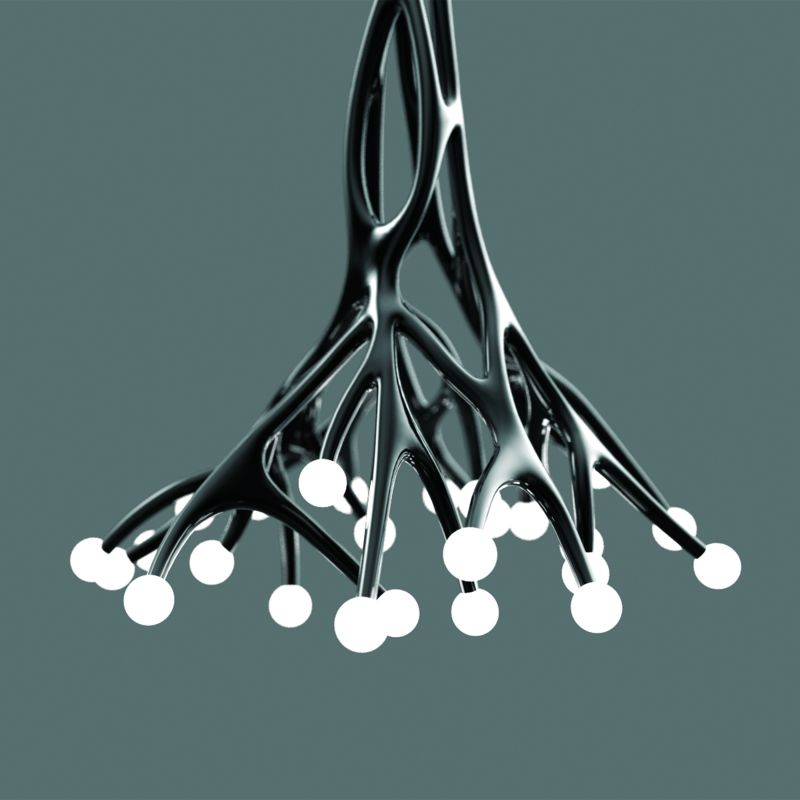 The design of the chandelier is inspired by the broccoli, which is symbolized as destiny, luck and euphoria. It fulfills users emotions and award more value to their emotional impulses. Also it brings a sense of friendship, resilience and confidence to the atmosphere of the home.
Brocco is a modern luminaire designed with black anodized metal and LEDs. The placement angle of the light has been designed with regard to ergonomic standards in a way that it provides a better and wider diffusion and illumination.

Bio Nima Bavardi was born in Tabriz,Iran. He grew up in a family with distinct taste in art; therefore, he started painting at a very young age. His first exhibition of caricatures and paintings was held when he was only 5 years old. He received many awards and made an achievement in his way through art. He holds a bachelor of industrial design degree from Art and Architecture faculty of Islamic Azad University. Later in 2015, he went on to complete his master’s degree in industrial design. He has a passion for designing products which people use in daily life.