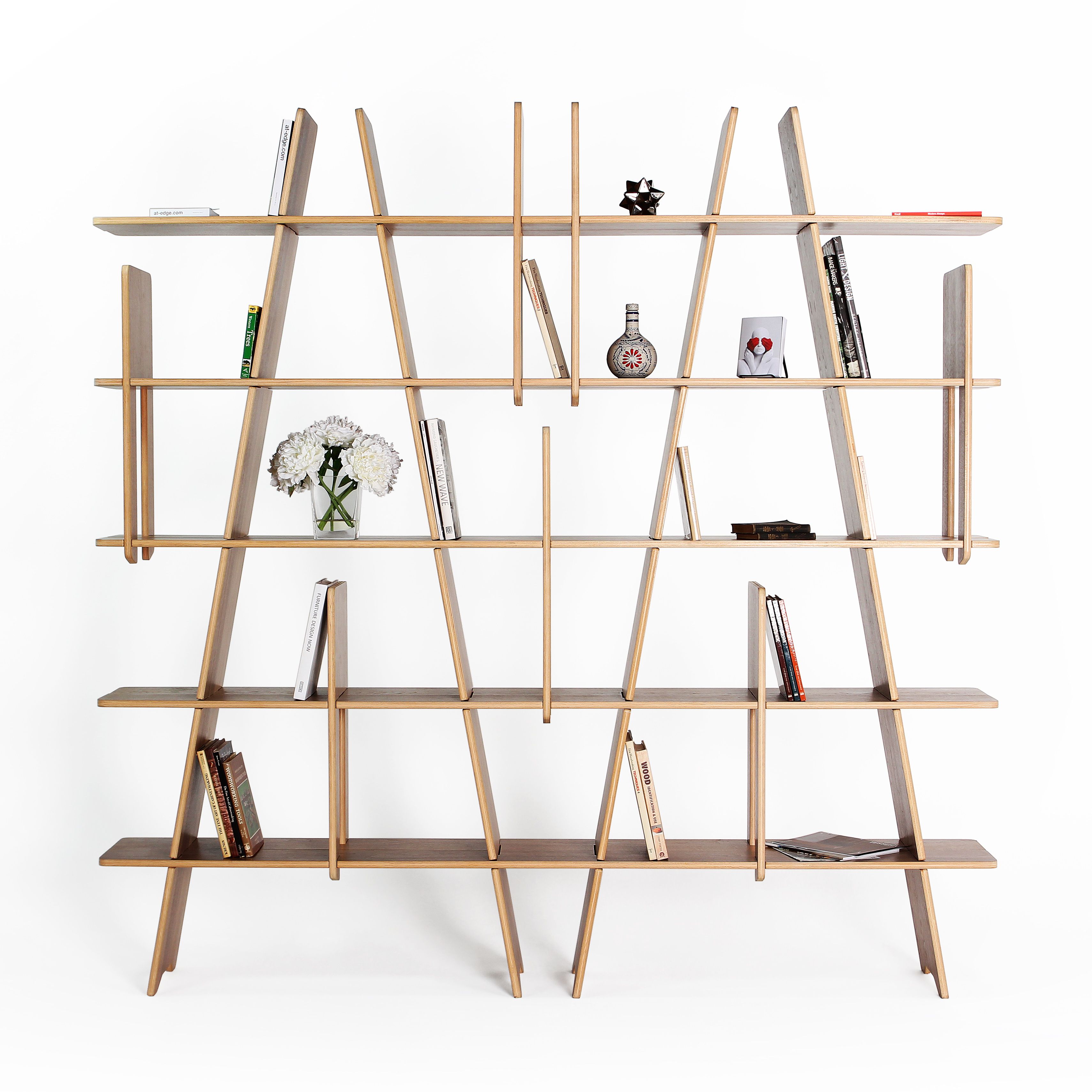 According to the art conception of Wassily Kandinsky – "Geometric line is an invisible object". But I decided to make these lines visible, tangible and functional. The LINES is plywood shelving system and a multifunctional room divider at the same time. It's finished with a walnut veneer. Rigidity, durability, and stability of the LINES shelving are provided solely by its architecture, which is based on the intersection of vertical, horizontal and diagonal lines, as well as the physical properties of the material which it's made from. No fasteners, no bolts or screws are used to fix the parts.

Bio Alexander Zhukovsky was born in a small Ukrainian town, Polonnoe, to a Polish-Ukrainian family. He received his art and design education in Russia. In 2008, he founded his own design studio which specializes in a wide range of fields: from lighting, furniture and sanitary ware to medical equipment and vehicles. Today, Alexander Zhukovsky is based in three cities – Warsaw (Poland), San Diego (USA) and St. Petersburg (Russia). Among the studio’s clients are both small innovative companies and large manufacturers from Russia, the USA, Europe, and Asia.