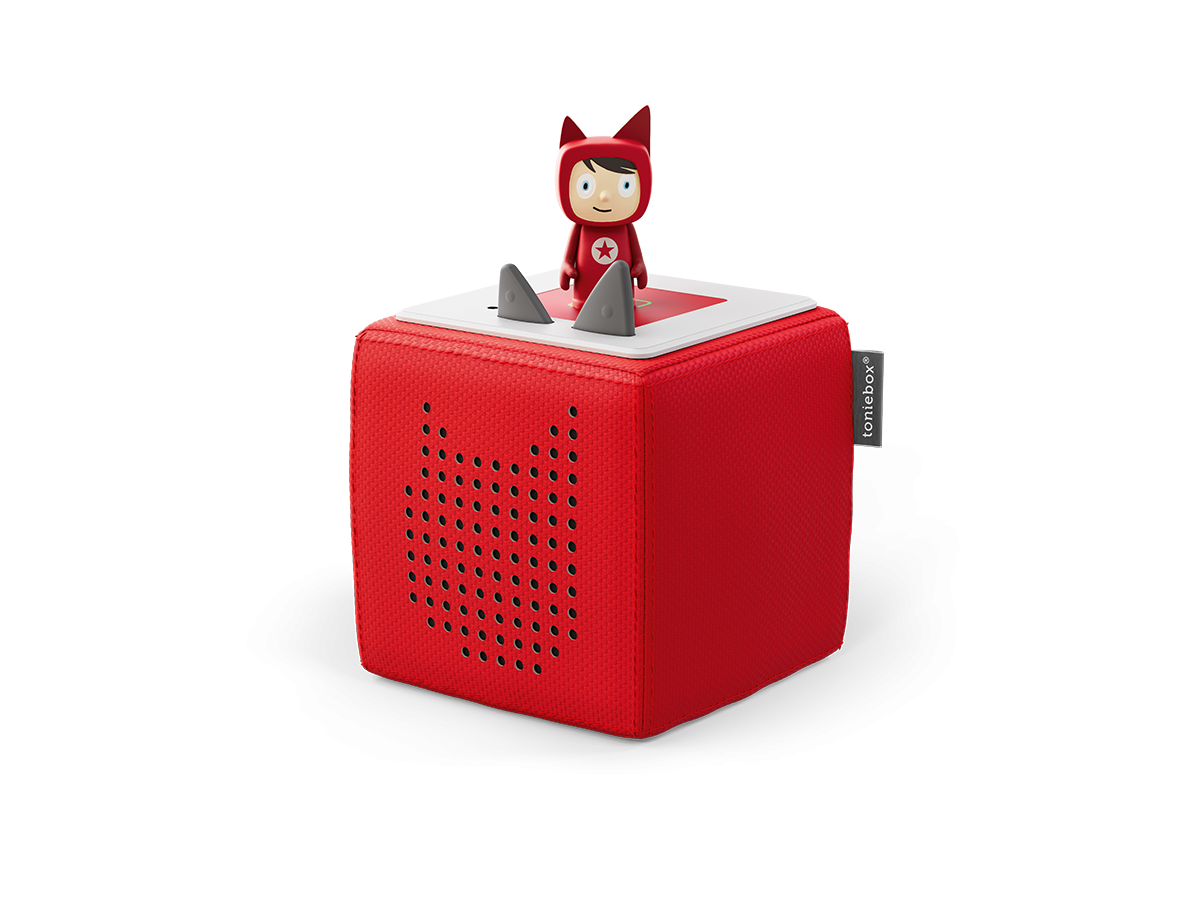 The innovative concept of the Toniebox is inspired by children’s adventurous spirit. The digital audio system consists of the Toniebox, a wifi-speaker, and the Tonies, which are the audio characters. A central aspect of the innovation lies in its design – as well as having soft, rounded edges which are highly suitable for children, the box can also be started incredibly easily, simply by placing a Tonie on the box. There is no screen or complicated control system. The interactive nature of tonies brings excitement to children and immerses the family in their favourite stories and songs.

Bio The inventor is Patric Faßbender, a father from Düsseldorf who was looking for alternatives to the easily scratched CD’s he played audiobooks and songs to his daughters on. Finding that a solution to this did not exist, he developed a clever audio system which offers a completely novel approach to telling stories with co-founder Marcus Stahl. The product is now supported by partners such as the publishers Penguin, Scholastic and Pan Macmillan, as well as companies like Universal, Disney and Sony. The company was founded in 2016 and is now active in Germany, Switzerland, Austria, UK and Ireland

Other prizes The Toniebox won the category ‘Best of the Best’ of the 2016 Red Dot Design Award, with the judges stating; "The Toniebox invites children to explore the senses of hearing and touching. It offers a new approach to storytelling and allows content to be explored interactively. The easy-to-grasp, purely physical interface is impressive. It places children at the centre of the story so that they can identify with it easily. The careful choice of materials and surfaces is highly suitable for children. The box brings ease and comfort into children’s rooms." In addition, tonies won both the German Design Award and the IF Design Award in 2017. Additionally, we were also awarded the License Product of the Year 2017 by LIMA.