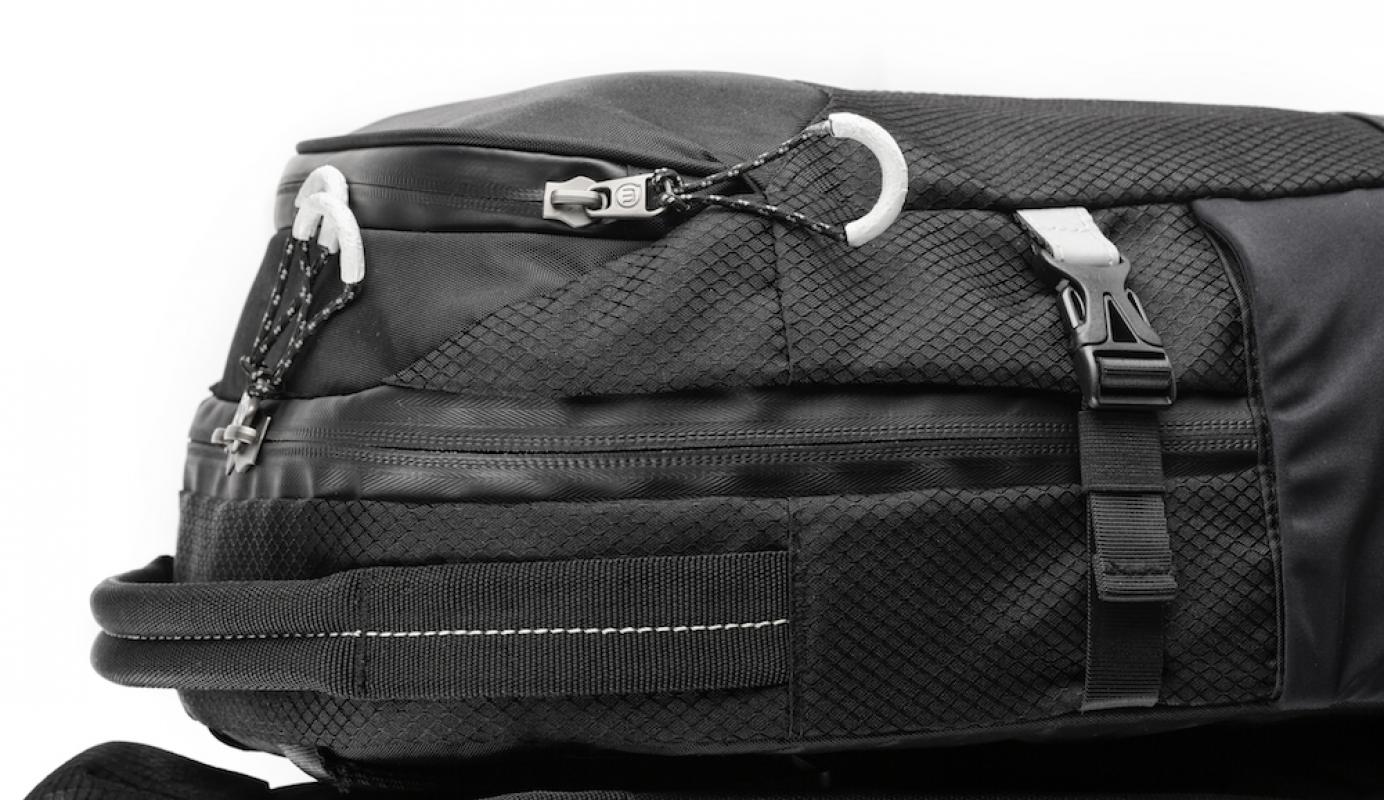 The backpack is a long-established product, but
with little fundamental innovation in decades.
With the load fixed to the
back, there are inherent problems in frequently
accessing belongings and bumping in small
spaces like lifts. This is
especially true for wintersports, where removing
and replacing a close-fitting backpack is more
difficult with ski poles,
gloves, and winter clothing, and where ski-lifts
require the repeated removal of the pack from the
back. Wolffepack
Summit breaks new ground by combining
Wolffepack’s unique orbital functionality with a
bag designed with the ultimate
features set for snowsports enthusiasts.
Wolffepack’s revolutionary innovation, the orbital
backpack, is the world's only
backpack that swings all your stuff to the front
but stays strapped to your back. Its patented
technology, the
expetoSYSTEM, frees the load portion of the
backpack to move ergonomically to the front and
back, using a
revolutionary cord system. Accessing Wolffepack
Summit and replacing it take much less time and
effort compared to a
conventional backpack, and ski-poles can stay in
place. Reaching accessories becomes so much
easier and the bag clips
to the front to offer hands-free access with gear
clean and clear from the ground. Chairlifts
become more comfortable
with the bag swung to the front. Entering and
exiting ski-lifts is speedier without the need to
stop, remove and replace
the pack. Integrated into Wolffepack's back
harness unit is both a hydration bladder pocket as
well as high-grade impact
protection for the back. Summit includes spaces
for avalanche gear, a microfiber-lined goggles
pocket, a ski carry
system, SOS whistle, and stability waist belt. The
bag’s fabrics include weather protection and
waterproof zips. Its
system uses modern and high performance
materials like Dyneema® cords (15 times stronger
than steel), aramids like
Kevlar®, carbon-fibre reinforced metal
replacement plastics, and the latest magnetic
catches.

Bio Wolffepack, founded by father-of-three David Wolffe, is a revolutionary new concept in backpack design. It swings your stuff to the front without the hassle of unstrapping. It provides big benefits in better access to your stuff, more comfort in cramped situations, and greater security. For commuters, travellers, parents, photographers, skiers and outdoor enthusiasts, and anyone who has experienced the frustration of repeated unstrapping, Wolffepack is the biggest advance in backpack design in decades.