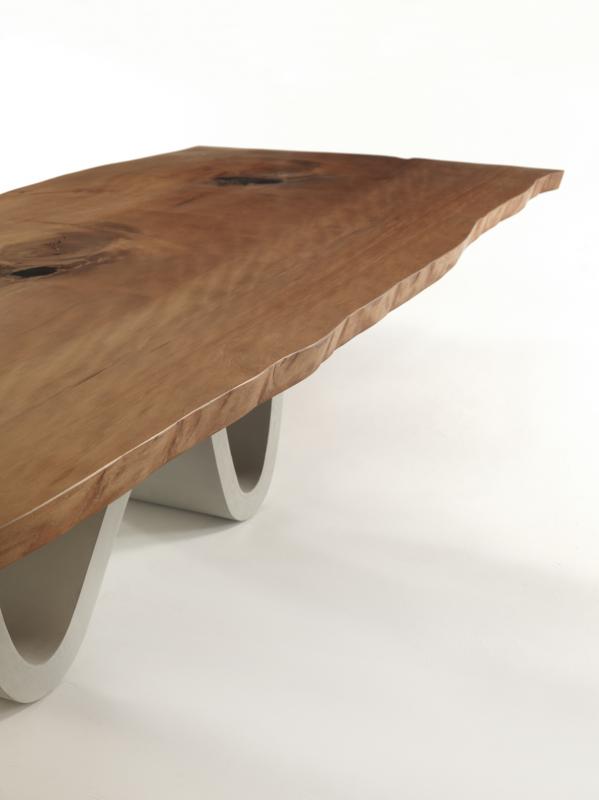 Designed by Fabio Passon and Marco Savorgnani for Riva
1920, the "Bree e Onda" table is a mix of traditional craft
and contemporary technology (in friulian, land of the
designers, means Wood and Wave).
The table continues the manufacturer’s tradition of
craftsmanship, honouring natural materials and respecting
the environment.
Passion for authentic material and connection with one’s
roots. The challenge of new technologies, new materials and
their relation to tradition. This dichotomy underpins the
concept of the table "Bree e Onda".

Bio DAIR Associated Architects was born in 2012 as a design office intending to explore the major possibilities offered by the space and its different declinations. It proposes itself as a result of the sharing of past experiences developing designs and executions, on a national level for Design, Architecture, Internal Design and Restoration dealing with both public and private clients.
The design and collaborator team assembles different personalities and different competences that interact, from the very beginning research and analysis phase, until the design and execution phase.