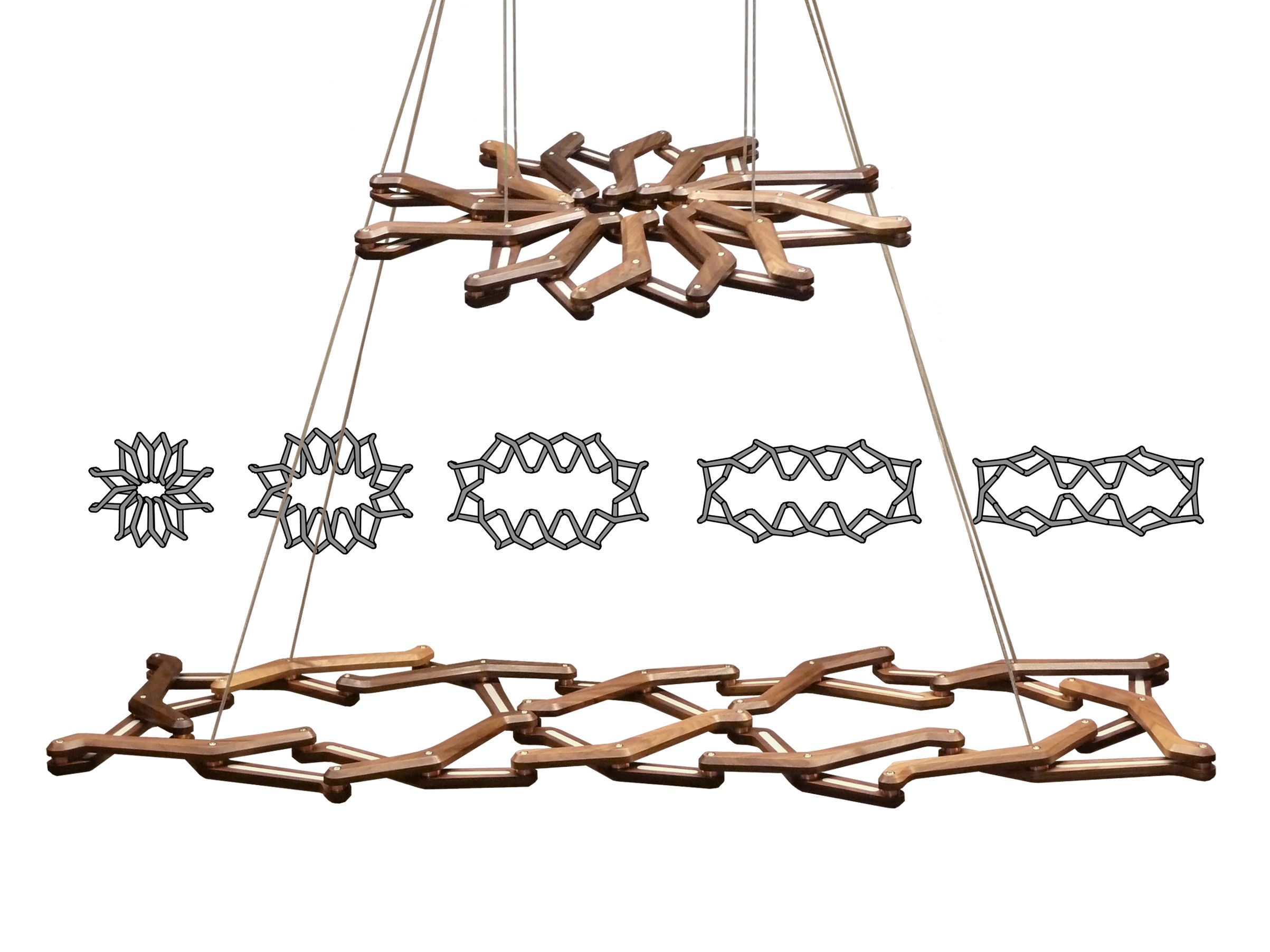 This unique lamp design reimagines the chandelier as a modern expandable form. The user easily transforms the lamp by hand. The illumination is created through warm LEDs facing both up to the ceiling and downwards. In the closed position, only 30% of the LEDs shine directly, while the rest are covered by the overlapping frame and emit an indirect, sidewards glow. As the lamp opens, more LEDs become visible, increasing the intensity as well as the distribution of light.
A product line made from one single element. It is available in circle, rectangle, and triangle forms.

Bio Jacob Antoni is an award-winning product designer and architect from Berlin, Germany; currently based in Toronto, Canada. Jacob´s designs push the limits of convention, introducing exciting twists in form and function.

Other prizes My luminaire “Latitude” won the Best Prototype Award at IDS Toronto 2016, was a runner up for the prestigious European Red Dot Design Award, and received a NYCxDesign Award Honouree at the New York Design Week 2016. My designs have been exhibited at IDS, NYC’s Wanted Design, Toronto’s Design Off-Site Festival, and D’ZYNE (Habitat for Humanity Charity Event). My work has also been featured in Azure Magazine, Designlines Magazine, Archello, Globe and Mail, and Next Home magazine.